Over the past month Putty4Mac has received a higher then average number of orders and with the new influx of users we became aware of a number of outstanding bugs. Thanks in part to user feedback and testing the software in every imaginable manner or situation possible.

As of today, after a month of testing and bug fixing we believe PuTTY is now as stable and runs as well on OS X 10.10 as any other macOS operating system release. 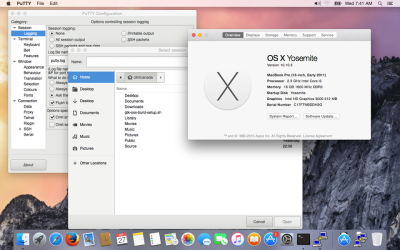 SSH is available by default in Mac and Linux or Unix. Although you can use terminal for SSH connections still there are some benefits in using Putty such as Other clients don’t keep connections alive whereas Putty does. Also it is cool to use Putty as your SSH client if you are doing some VMware ESXi or CISCO Stuffs, transferring files, managing files on a server or whatever.