Audacious is a audio player with a focus on low resource use, high audio quality, and support for a wide range of audio formats. It is designed primarily for use on POSIX-compatible systems.

Audacious began as a fork of Beep Media Player, which itself is a fork of XMMS. William “nenolod” Pitcock decided to fork Beep Media Player after the original development team announced that they were stopping development in order to create a next-generation version called BMPx. According to the Audacious home page, Pitcock and others “had [their] own ideas about how a player should be designed, which [they] wanted to try in a production environment.”

Since version 2.1, Audacious includes both the Winamp-like interface known from previous versions and a new, GTK+-based interface known as GTKUI, which resembles foobar2000 to some extent. GTKUI became the default interface in Audacious 2.4.

The cost of Audacious 1.0.0 is only $15.00. Audacious comes with three months of upgrades and of course a 14-day money back guarantee.

We now use FastSpring as our preferred storefront, you can pay with Credit / Debit Cards, PayPal, Amazon payments, Wire Transfer etc. etc. This store is very secure, simple and fast. 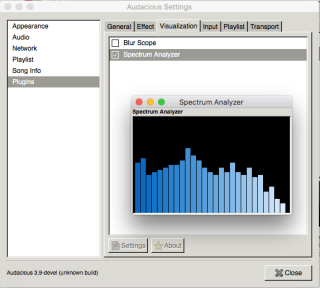 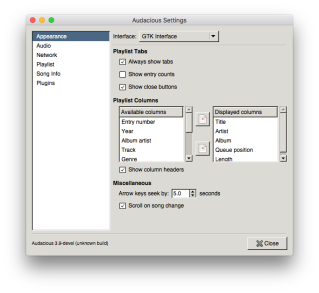 We have included a readme file inside the package that has this builds limitations and features, The classic Winamp theme looks the best at this time. 🙂

Purchase Audacious 1.0.0 now and play your music how you want it!